Binge eating is an emotional, physical and spiritual malady.  Today I want to talk about the emotional component of binge eating –  codependency. If you’ve landed on this page, you’ve probably typed in a keyword with the word “Codependency” or “Codependent” – which means you know something about codependency.

But for those of you who don’t know anything about codependency, here is the definition (in a nutshell) of what codependency is. 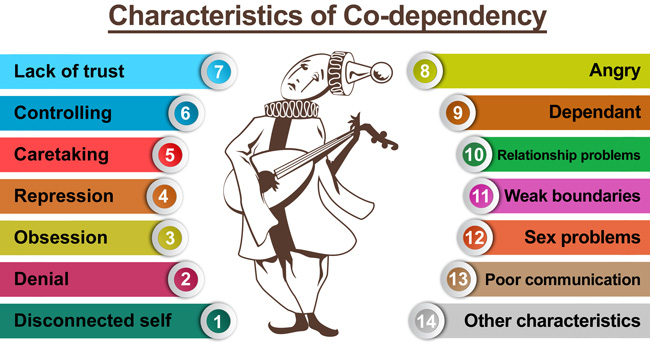 Codependency is when your feelings and behaviors are often, if not always, dictated and controlled by the thoughts, moods and behaviors of other people.  Here’s an example: Your boss looks annoyed.  Automatically, you assume you did something wrong.

So you try to “fix” her mood by trying to make jokes to make her laugh.

Or, you work extra hard, assuming that your lack of hard work is what’s got her upset. Or you stay in the corner like a mouse being compulsively quiet, thinking that if you stay out of her way, she won’t lash out at you.

In each of those scenarios, you are:

b) trying to control her behavior thinking that if you behave in a certain way, it will make your boss stop being in a bad mood.

The reality is, you have no idea what’s causing your boss’ bad mood, nor do you have any control over her mood.

Losing Yourself in Other People

In the above scenarios, you’ve lost yourself in the other person. You’re so focused on what the other person is thinking and feeling, you lose sight of and ignore what you need and want.  Thus, you lose the ability to take care of yourself.

How Codependency Develops in People

Having an Overbearing Critical Mother

My codependency issues are at the root of my compulsive eating. I grew up in one of the most seriously dysfunctional families ever. My parents were (and are) both sadistic, extremely controlling and insecure people. They can only feel good about themselves if they’re putting someone else down.

I can’t really blame them.  They only did to us what apparently their parents did to them. 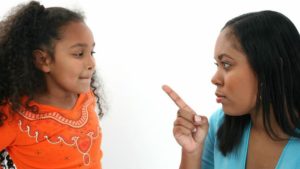 I love my mother today.  But I won’t deny my truth about what it was like growing up with her. My mother was horribly mean to me (and still is in many ways).  Let me explain.  My mother felt extremely threatened by me.  She always criticized me. No matter what I did, it was always “wrong”.

She always made it a point to tell me (either blatantly or by her attitude) that I was ugly, stupid, unworthy, and in general, not good enough.

The Physical Abuse I Endured

My mother also frequently beat me with extension cords until I bled.  The “offenses” were always arbitrary. If she was in a bad mood, she would beat me.  She loved beating me with an extension cord, thus reinforcing my feelings of unworthiness and being a “bad” person.

I think the worst thing my mother ever did to me was when I was in 3rd grade.  She stab me in the hand with a steak knife because I couldn’t keep my balance while she was braiding my hair. She sent me to school with a band aid on my hand.  My hand swelled up so badly in class, I had to go to the principal’s office. 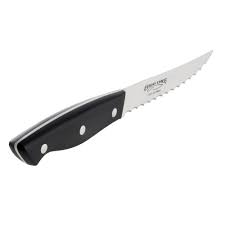 So the school called my mother.  In the car on the way to the doctor, my mother said to me, “Why did you tell them I stabbed you with a knife?”, as if I had done something wrong.  I replied with shame, “Because you did.”  I thought I was going to get beat after I got home from the doctor’s office.

My mother behaved cruelly with all of her kids. And except for me, most of my siblings don’t talk to my mother today – or they have limited contact with her. They don’t like her and don’t like talking to her because they know at some point, she will say something mean, spiteful and hurtful – fully believing it’s her right to do so.

And because my mother is so arrogant, she won’t even consider that the reason her kids to want to be around her is because there is something seriously wrong with her behavior and that she needs help.

Growing Up With a Misogynistic Narcissistic Violent Father 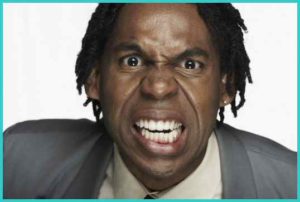 If ever there was an asshole, it was my father.  My father (he’s dead thank god) was a sadistic asshole misogynist. He was extremely violent with his children. He raped one my sisters, and regularly beat the crap out of my mother. I always worried I’d come home from school to find my mother dead.

My father’s opinion was the only opinion that counted.

If you dare thought for yourself, he would brow beat you until you conceded to his way of thinking.  He was an egomaniac with an inferiority complex.  King baby.  Narcissistic asshole.

He Thought Women Were Either Whores or Virgins

My father had only 2 views of women. They were either whores or virgins.  My father felt threatened by women, especially black women, who were pretty, smart, well spoken and college educated.   I had all 4 attributes, and therefore, became a target for his misogyny.

He Belittled Me Constantly

As I grew into puberty and into mature womanhood, my father constantly made it a point to tell me that other women were prettier than me (even though I never asked his fucking opinion). He always called me stupid.  Honestly, I knew he was attracted to me and that he felt ashamed about it. Why else would he go out of his way to try and make me feel bad about myself as a woman?

I knew deep down that I was (and still am) an extraordinarily attractive and super smart woman.

So rather than address his attraction to me, he decided it was better if he put me down so that he didn’t have to feel his own shame of being attracted to his own daughter.

The Impact of My Parents’ Emotional Abuse

How did my parents’ behavior affect me? For most of my life, I grew up believing what my parents taught me to believe about myself.  That I was:

Today, I still have to work extraordinarily hard to undo those messages that were ingrained into my psyche.

I went through life looking to other people for their approval – desperately always on the look out for other people’s disapproval so that I could adjust my behavior so that they wouldn’t dislike me.

I lost myself.  I didn’t know who I was. I didn’t trust myself. I didn’t have boundaries. I’m still trying to find myself and love myself.

How Codependency Leads to Binge Eating

So how does codependency lead to binge eating?  I’m speaking from my own experience.  Because I’ve stuffed my feelings, had poor boundaries, couldn’t say “no” to others, and because I allowed other people’s opinions to dictate my behavior, I’ve been stuffing my feelings, including rage, with food.

When you stuff your true feelings, you need relief. 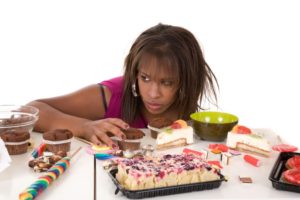 For me, that relief came with food.  When I’m angry, but am afraid to acknowledge my feelings of anger because I was trained by my family of origin that my feelings don’t count and that feelings like anger are unacceptable, I need a way to express my feelings in a healthy way – not with food.

If I don’t express my feelings, I will eat over them.

Step 1 – Get honest about how you feel

Step 3 – Join a 12-Step support groups like Alanon or ACA.  Honestly, Alanon and ACA are great for healing codependency

Step 4 – Start making a list of people you don’t feel good around, resent or who don’t respect you

Step 5 – Make a list of the choices you have with respect to continuing your relationships with these people.

So if you’re involved with “friends” or family members who are overly critical, controlling, and/or demeaning, you need to do 1 of 3 things:

People say “family is everything.”  Bullshit.

Your family is usually the people who are the cruelest.  I have 9 brothers and sisters.  I can honestly say that I don’t like half of them.  And I only have a relationship with a brother who truly values and respects me. I love my oldest sister too.

But How Can You Tell If Your Relationship Is Healthy?

Do You Have to End Your Relationship?

I have to always remember to pay attention to whether or not I’m being treated with respect in my relationships and then set the appropriate boundary.  Ending codependent relationships is not always necessary because sometimes, if you set a boundary, the person will respect your boundary, and behave accordingly.

If I set a boundary, and the person alters their behavior accordingly, I know that that is a relationship I want to keep.

You Are Your #1 Priority

In the end, if you don’t want to end up bingeing, you’re going to have to learn how to start taking your needs, feelings and emotions seriously. Make yourself the most important person in your life.

Do you eat over your feelings? Do you have people in your life that treat you poorly? Do you find it hard to take care of yourself when around family and/or friends?

I’d love to hear your experiences.  Please share your comments with me below.  I always love hearing from my readers!