How to Think Positive About Yourself – 3 Fail Proof Techniques to Kick Self Doubt To the Curb! 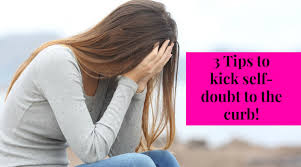 Many of us didn’t grow up in families that were conducive to loving ourselves. Even those of you who did grow up in loving environments, we live in a society where self-doubt can easily kick in, just by comparing ourselves to others. In this article, I’ll give you 3 techniques that will show you how to think positive about yourself and kick self-doubt to the curb.

Nothing is more powerful than looking yourself in the eye and saying the very thing you don’t believe about yourself. For instance, if you think you’re ugly, and you look in the mirror and say, “You are beautiful”, you’re going to get a lot of negative chatter in your head. But I swear, the mirror exercise works. I got this technique from Louis L. Hay.

The longer you stay in the mirror, the less that negative chatter will kick in.  You’ll soon believe what you tell yourself in that mirror!  After all, you hypnotized yourself with negative beliefs about yourself when you told yourself you were “bad” or “ugly” or “stupid”.

And it only takes 5 minutes a day. Make your affirmations short and to the point.  Here’s how….

You’ll need a timer for this exercise. You can use a clock, but I like the timer because at the sound of the bell, you know your time is up without having to keep looking at your watch or cell phone and thereby, distracting your concentration on the affirmation.

Set Up a Routine 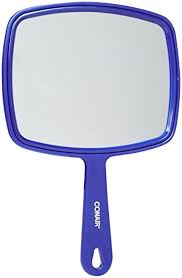 The more consistent you are, the more you will come to believe in the affirmation. When learning how to love yourself by learning how to think positive about yourself, nothing is more important than consistency. Everyone can find 5 minutes out of their day!

Keep your affirmations short and to the point. For instance, say something like, “I am smart” or “I am loveable” or “I deserve to be treated with respect.  Shorter affirmations are easier to remember.  Also, always use positive affirmations, as opposed to negative ones like, “I’m not ugly” or “I’m not stupid”.

Nothing will make you feel worse than going on Facebook, scrolling through other people’s posts, and then feeling like you don’t measure up. Don’t believe the hype.  You don’t know what’s really going on in a person’s life.  And looks can be deceiving.

People post things about themselves to give the appearance that they are doing better than they actually are. For instance, I know someone who posts pictures of themselves in front brand new luxury cars and posts them on Instagram.  He doesn’t own those cars at all, nor can he afford them. I know he’s full of crap because I know him.  But on Facebook, he looks like a rock star!

He wants people think he’s super successful and popular – which leads me to my next point.

Don’t Be Fooled By “Likes”

The thing about “likes” on Facebook – they can be bought. Yes. They can. And people do. I swear, when I read someone’s post, and I see they have 400 “likes”, if they’re not a celebrity, 9 out of 10 times it means they bought these likes. So, don’t go on facebook. If you have to go on Facebook, then only go on there to check your page. Don’t scroll or look at your friends’ status or your ex-boyfriend or girlfriend’s status.

Don’t check your Facebook messages or pages for a week.  See how you feel.  If you’re feeling a lot better, then you know Facebook is a problem for you.  But what’s even better, is that you’ve now discovered that going on Facebook is counter productive to your learning how to think positive about yourself.

You use your imagination all the time – often in a negative way. For years, I would wake up and immediately start visualizing all of the bad things that happened to me in the past. I always ended up having a bad day, and attracting more bad things to me. But then I discovered this program called Manifestation Miracle. That program taught me how to visualize positive scenarios and how to draw positive things to me like magic. It’s really amazing.  Here’s what happened to me after I started using creative visualization:

I struggled for 7 years in a horrible food relapse and gained 100 pounds. I kept trying to lose the weight, but I kept relapsing. Then I used this particular visualization technique, and I was suddenly able to stay on my food plan. So far, I’ve lost 46 pounds! I stopped struggling.  I kept using this creative visualization technique and saw myself being successful in this area of my life.

Learning how to think positive about yourself is key to loving yourself. The time you invest in these techniques will be so worthwhile. Make the decision today that you’re going to start loving yourself. Then do what needs to be done to make it happen.

I’d love to hear your methods for learning how to think positive about yourself. Leave your comments below.